We believe that architecture is an applied art created in the balance between practical and esthetic concerns. The architect must consider the function on the same time that he considers the artistic. The balance between these two aspects will result in good architecture. ATENASTUDIO’s architecture arises out of and in connection with the landscape –both the natural and the human made.

The spatial dimension arises in the relation between the “outside” and the “inside”. The room is particularly defined by the specific and the unique of the idea. We believe that architectural quality can only emerge with a respect and a deep understanding of the spirit of place, however this will be defined in the future.

ATENASTUDIO follows an environmentally and socially sustainable design approach in all projects at both the urban and architectural scale.

Within this design approach, sustainability and bioclimatic research are not seen as independent disciplines but as an integral part of the design process that leads to environmentally responsible solutions.

Local environmental and ecological conditions are considered as fundamental factors within the design process and implemented as strategies for the development of a characteristic urban identity. ATENASTUDIO believes that future architecture can only be found with respect and care for all relationships in every task– between those that are immediate and instantaneous and those that indicate and project the future. Our goals is to bring not less then excellency of the esthetic as well as functionality of the space. We aim to bring the innovation  of the buildings typology .
Satisfied clients are a primary goal in the ATENASTUDIO.

ATENASTUDIO is an Engineering and Architecture Company based in Rome, working in the fields of architecture, landscape and urbanism. The studio has been established by architects Marco Sardella and Rossana Atena and is now expanded with the collaboration as a partner of an international recognized architect, Anna Maria Indrio, former partner in one of the biggest company in Scandinavia, the  C.F.Møller Architects. Anna Maria Indrio brings in ATENASTUDIO large experience of prestigious projects in addition to those the ATENASTUDIO has already  built.

ATENASTUDIO is strongly involved in several projects of excellency where architecture, advanced technologies, landscape, urbanism and interior design has being developed with high professionalism and full satisfaction of our clients.

Our skills are constantly being developed through new projects and through exchange with our global collaborators, experts and specialists.

ATENASTUDIO has experienced research and practice within the international debate throughout large-scale strategic master plan, for various sectors working with clients from across the globe. The most prestigious of those is the big urban development in Tirana, Albania, which includes a wide range of intellectual and programmatic aspects within mix use programs for urban development of housing, offices, hotels, tourism, sport, retails, schools, theatres and museums. With the participation of Anna Maria Indrio in ATENASTUDIO we have acknowledged a highest quality of experience in museums, educational buildings,  transformation  of buildings and living settlement. 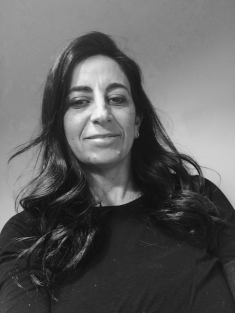 Rossana ATENA, graduated in architecture at the University of Rome ‘La Sapienza’, (1999). She received the Master of Excellence in Architecture (2003) from the Berlage Institute, Postgraduate Laboratory of Architecture, in Rotterdam. She was a researcher and guest co-tutor at the Berlage Institute of Rotterdam, and she is involved at University on an academic level as visiting professor. She was a jury member at many invited competitions organized by International Entity. She is working in collaboration with experts from various fields, therefore combining architectural theory, research, innovation, and experimentation with high technical knowledge and professionalism.

Marco SARDELLA graduated in architecture at the University of Rome ‘La Sapienza’ (1999), received a Ph.D. in Architecture Technologies (2004) from the ITACA/Department of Architecture at ‘La Sapienza’ University in Rome. He is involved as team leader and project manager on large-scale design projects and international commissions with professionalism and thorough over 20 years of experience in architecture, urbanism, advanced technologies, manager of design and work supervision. Marco’s core quality is his broad education and experience in design integration across the scales with multiple involved parties. 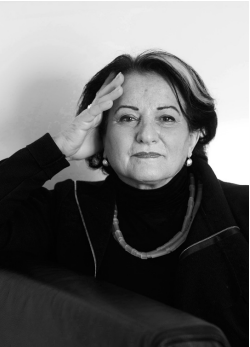 Anna Maria Indrio is an architect based in Copenhagen, Denmark. Italian by birth, Anna is one of the top architects in Scandinavia with numerous awards to her name. She has a long experience of lecturing and writing articles, debates and books about architecture as well as jury member. Over the course of a long and illustrious career, AMI has been Partner in Charge and Leading Designer on a number of very prestigious works in museum architecture across Europe. She has been elected onto a number of important public organizations such as Member of the Board of the National Committee of ICOM.

ATENASTUDIO has been recognized on International level with many architectural lectures and publications: Domus, AMC, House of Steel, Architectural Record, Future, Casabella , Arkitekten, Arkitektur, Architectural Review, Controspazio and many others  like interviews and talk . Anna Maria Indrio has participated in several TV appearances, both in Italy, England and Denmark.

ATENASTUDIO has received many prizes for winning competitions and awards (Best European Architect under 40- Europe 40 under 40 The European Centre for Architecture Dublin) and had the opportunity to exhibit its work and research at various exhibitions in Italy, Spain, Germany and China. Anna Maria Indrio’s work has been exhibit at the Biennale in Venice three times , at RIBA in London and at the Chicago Athenaeum, among many others.  The list of prizes for Anna Maria Indrio is very long, many of them achieved in Denmark and in England. She has been Knighted in Denmark and has received high commence in Italy.

▪ AAVV, “Redevelopment of the old Hospital of Cittadella dell’Accoglienza, Riva del Garda”, Board of Architects of the District of Trento: CONCORSI. N.4, 2010, p.24

▪ AAVV, “Urban redevelopment and urban design of Piazza Pilati, Tassullo”, Board of Architects of the District of Trento: CONCORSI. N.4, July-August, 2010, p.30

▪ Municipality of Chioggia, “Towards the local town-planning of Ghezzi”, Competiton Catalogue, May 2011

▪ “A Perfect Fusion, Landscape and Waterscape at the heart of Atenastudio’s mixed use building complex in China”, GREEN BUILDING & SUSTAINABLE STAREGIES, n.2,Toronto, Canada 2013

▪1st Prize Permasteelisa, “National Architectural Prize for the Energy and the Environment”, Exhibited at the SAIE, Bologna, november 1999 [Marco Sardella]

▪1st Prize “Architectural project for a civic and religious complex”, awarded by the “Vicariate of Rome”, 18 february 2000 [Rossana Atena]

▪Finalist, Restricted Competition “ New headquarters
of the Institute for Social housing of the Autonomous
Province of Bolzano”, September 2014

Please send us a digital copy of your resume, portfolio and motivation letter as a single PDF (smaller than 5MB) from this link
Instagram Facebook Linkedin Youtube

Please send us a digital copy of your resume, portfolio and motivation letter as a single PDF (smaller than 5MB) from this link